Toxicology is the science about poisons and is as old as mankind. In the past, it represented a predominant knowledge of successful poisoning with plant, animal or mineral toxins, whether in hunting, wars or everyday life.

The task of modern toxicology is to ensure the safest use of chemicals. Since the end of the 19th century, we have seen a sharp increase in the use of chemicals in virtually all areas of human activity and life. At the same time, awareness of the possible side effects of chemicals, their identification, understanding the basic mechanisms of its toxicity and searching measures to reduce possible harm have become increasingly important. As a result, modern toxicology developed and flourished after the accident involving serious side effects of thalidomide. Thalidomide was used in the mid-20th century as a means of relieving nausea in the first trimester of pregnancy. Thalidomide is teratogenic (i.e. it can damage the fetus in early pregnancy) and many children have been born with mutilated limbs. This tragedy was followed by the application of a strict drug regulation. A similar methodology was later introduced for food additives, pesticides and industrial chemicals. A number of regulations have been adopted worldwide in this respect.

Before chemical substances or mixtures are authorized for use, their safety must be verified by regulatory and validated toxicological studies on cell or tissue cultures, plants and laboratory animals. Where available also all medical data should be taken into account. Based on these results and following the prescribed methodology, the hazard, exposure and risk assessments are prepared.

Although the extensive studies are conducted before the chemical is widely used, it is impossible to accurately predict all possible side effects and their frequency. Therefore, even after the widespread use of a particular chemical substance, vigilant monitoring and action are still required; toxicovigilance.

Toxicovigilance is a complex process and includes:

Toxicovigilance is an important element in ensuring chemical safety. In addition to public health institutions, many other services are involved in the toxicovigilance process, such as poison centers, institutions for the investigation and provision of occupational safety, government agencies, consumer associations and, last but not least, non-governmental organizations. 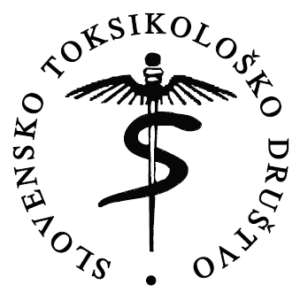